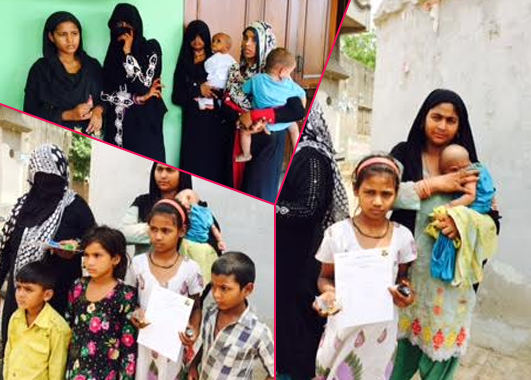 Yet another milestone was reached in the area of rehabilitation and public welfare with our monthly health camp reaching the Khichra Village in Dhaulana, Ghaziabad. With a population close to 10,000, this village saw a groundbreaking event taking place in its history when essential healthcare facilities were extended to the residents on 8th June, 2016.

Two doctors from Dr. Ram Saran Garg Indo-German Hospital tended to Khichra which is mostly inhabited by people engaged in farming. With no prevalence of major health concerns in the village, around 133 people turned to the camp that was set-up in collaboration with the hospital. The camp witnessed huge attendance from the women of this area who consulted our doctors for their specific issues.

Focus on Women, Adults and Minors

Close to 62 women turned up for a routine health check-up. Those diagnosed with some health problems, were given free-of-cost medicines and severe cases were referred to the main hospital in the area for further treatment. The village also saw a turnout in large numbers from adults and children. Apart from women, our co-operative and experienced doctors examined almost 33 adults and 38 minors for various problems related to skin, respiratory system and gynaecology.

Why Personal Hygiene is Important?

Apart from conducting a diagnosis and cross-examination on the natives of this place, the doctors indulged in an advisory session at the camp. They interacted with the villagers and told them about the best hygiene practices to adopt. They talked about the importance of regular check-ups and maintaining high health standards while practicing personal hygiene.

Clean Up, Be Neat and Tidy

Here, the natives were informed of following certain basic hygiene practices every day like taking a bath and washing hands. They were advised to wash clothes each day before wearing them, using soap more often and keeping their houses and surroundings clean to prevent any occurrence of illnesses. Not only this, the villagers were encouraged to keep the public areas neat and tidy for a disease-free neighbourhood, society and nation.

Reaching One Village a Time

Speaking on the occasion, the CEO of Ponty Chadha Foundation (PCF) gave his view. He said, “Health camps are organised by PCF to serve the poor and unreached families in the project villages of WAVE City and Sun City.”

He further added, “the Ponty Chadha Foundation (PCF) observes a free health check-up facility in the inaccessible areas and extends the much-needed benefits to villagers while aiming for a healthy Rural India. In this regard, we have joined hands with renowned healthcare experts in the field who have voiced their support to our initiative by vowing to work together with us.”