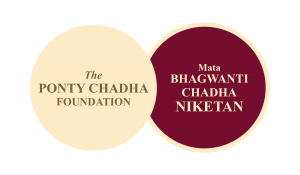 “Leadership and learning are indispensable to each other.” – John F Kennedy

A true leader is the one who never stops learning – from other leaders, from others’ experiences, and even from own mistakes. One of the best examples of inspirational leaders is Major Dhyan Singh ‘Chand’. Fondly remembered as the wizard of hockey, Dhyan Chand is the most legendary Indian sports star of all time. His commitment, skill and attitude can teach us all a lot about leadership, not just in the world of sport, but in every corporate arena. 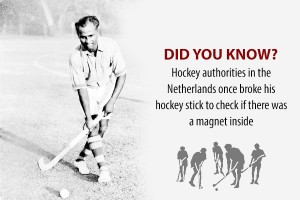 Dhyan Singh joined the Indian Army at the age of 16 and took up hockey while still enrolled. Since he used to practice during the night and his long practice sessions coincided with coming out of the moon, he was named “Chand” by his teammates. He was the one who brought glory to the nation three consecutive times by winning Olympic gold medals back in 1928, 1932 and 1936. His birth anniversary is celebrated in India as National Sports Day.

With exceptional leadership qualities, he was a delight both on and off the field. Here’s what sets him apart as a true leader:

The unerring precision with which he played his game was evident on field. Newspapers and publications not just in India, but across the world, referred to him as a magician of hockey.

He was known to pass the ball whenever he saw a teammate at a better position to score.

His faultless calculations on the field made his team score goals like runs! Once when he was unable to score a goal in a match, he argued with the referee about the measurement of the goal post. To everyone’s surprise, he was absolutely right! The goal post was indeed in contravention of the officially prescribed standards.

He never lost temper on the field. His singular aim to win the match and a balanced temperament helped him sail through even in the most difficult situations. He once scored 3 goals in the last 4 minutes of a losing match to win it in the end.

His positive attitude and confidence in his team were his biggest assets. Once he passed the ball to a fellow player KD Singh Babu, then turned his back and walked away, with the confidence that Babu will score. His sportsmanship and positive attitude made him one of the most revered athletes of all time. 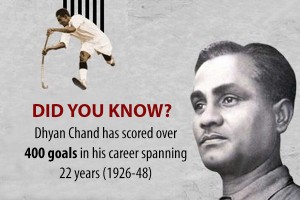 Apart from his spot-on antics on the field, he was a gentleman and a man of principle off it too! After his stellar performance in the Berlin Olympics 1936, German dictator Adolf Hitler offered Dhyan Chand a position in the German Military and also the German citizenship. But our magician politely declined the offer for the love of his own country – India. 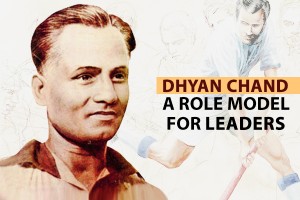 One of the greatest sports achievers of all time, he is sadly the forgotten hero who is not much known to the younger generation today. Remembering Major Dhyan Chand on his birthday, we must revisit the golden era of Indian hockey in which he played a monumental role and brought glory to the nation. In this way, we can ensure that his achievements and teachings will continue to inspire generations to come.

Also Read: All About Youth: Towards a Skilful India