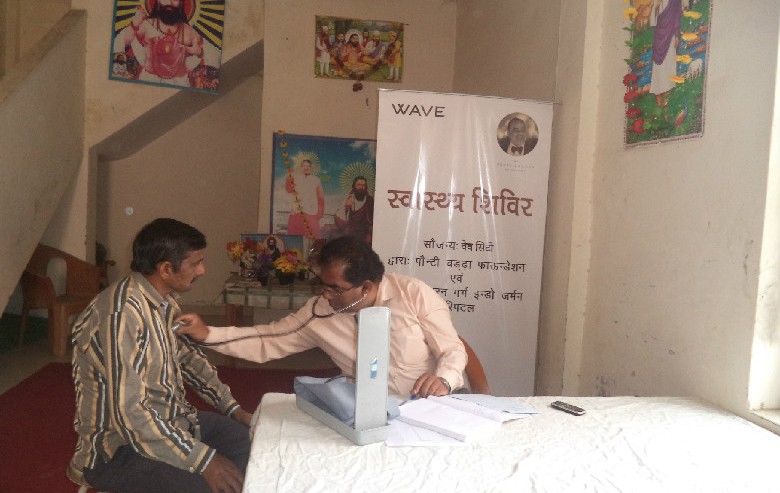 With an aim to spread awareness about better health facilities, The Ponty Chadha Foundation regularly conducts medical camps where free check-ups and medicines are distributed. Continuing with its efforts, the foundation in collaboration with the Indo German Hospital organized a medical camp in the Village Kachera on November 12. Some of the highlights of the health camp are:
• One hundred and forty three members from 600 families attended the camp.
• Held at a temple, the medical camp took place between 10 am and 1 pm. The seating arrangement for around twenty people was done outside where the patients waited for their turn. After registration, the patients went to the doctor on their turn came. Later they collected the medicines from another counter.
• Patients with various health issues like anemia, gynecological problems came to the camp; they were further referred to the Indo German Hospital.
• The free health camp benefited the patients to a large extent as they got medicines for regular problems for which they were never treated before.
Talking about the initiative Head CSR, Wave Group & CEO, The Ponty Chadha Foundation said, “It was the vision of our late Chairman Mr. Ponty Chadha to provide proper diagnostic facilities to the poor and needy people. He believed that lack of such facilities only lead to their poor heath and so proper diagnosis is crucial. Our attempts are wholeheartedly and sincerely directed towards addressing these grassroots problems wherein people do not get medical assistance due to financial constraints.”
Set up by Mrs. Jatinder Kaur Chadha, wife of the late Mr. Ponty Chadha, this initiative is part of the efforts to channelize the group’s capabilities towards social welfare and economic development of the related communities. To keep this tradition alive, free health camps are organized from time to time.