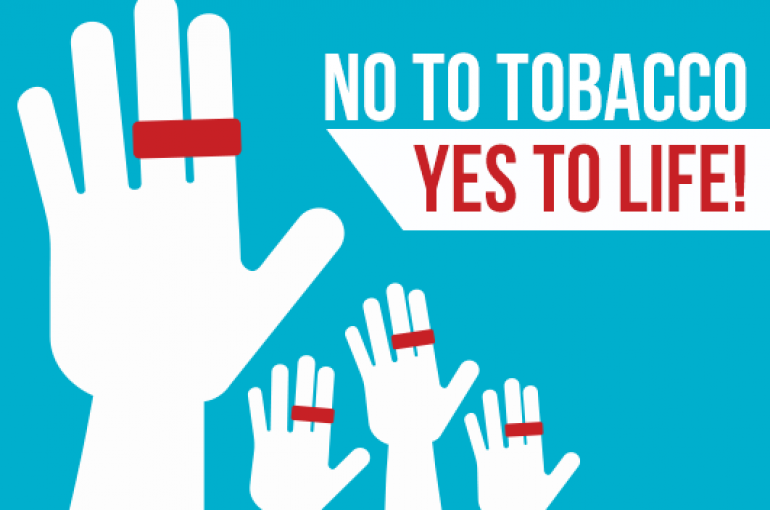 “Smoking kills”. “Consumption of tobacco is injurious to health” – A statutory warning we see everywhere. Every time we go to watch a movie in the cinemas we have to sulkingly sit through ads before the movie starts and even during the interval on quitting tobacco and the ill effects it has on one’s health and that of his near and dear ones.  The fate of one patient being treated for oral cancer in the nation’s leading cancer institute is repeatedly depicted to death. In spite of continuous efforts to check this harmful addiction, it continues to end millions of human lives every year. Tobacco consumption is a serious health issue, which is neither new nor unknown and the requirement for it to be addressed on an urgent basis need not be stated.

India is a young nation, with 50% of the population aged less than 25 years and 65% below 35. With around 55% of the teenagers below 18 years of age addicted to tobacco, it is pertinent that efforts should be directed at prevention and education in the youth if we want a better and healthy future for our country. It’s time we made ourselves accountable for every life that is lost. We need to get personally involved in addressing this issue not just for our health and well-being, but also for the sake of our future generations

Today, more than 95% chronic diseases are caused by food choices but tobacco use is one of the major preventable causes of death. Tobacco use and addiction usually begins in adolescence. A number of factors influence the use of tobacco by children and teenagers. Some of these are the family history of tobacco use by elders, peer influence, experimentation, easy access to such products, personality factors, underlying emotional and psychological problems, accompanied risk-taking behaviors and the aggressive marketing strategies of the tobacco industry. Despite thousands of programs and campaigns to reduce the use of tobacco among youths, the use of these deadly products continues to bring devastating consequences in every family. Tobacco alone is responsible for killing 2.5 million people annually in our country.

Remembering the old saying PREVENTION IS BETTER THAN CURE, its high time we should combat this evil with positive results.

Firstly, Efforts should be made to educate children at a young age about the ill effects of tobacco by making it mandatory in the school curriculum. Secondly, there should be government control over the sale of tobacco and stern action should be taken on companies selling tobacco illegally in the rural areas. Strict penal action must also be taken to reinforce the already existing ban on sale of tobacco products near educational institutions.

Thirdly, there should be a regular check on the disease like oral cancer, bronchitis etc. at an early stage and also educate the masses as to how to detect early signs and symptoms and report to the hospital at once in the case they occur.

Further, with the advent of Social Media especially amongst the younger generation, it should be aggressively used for campaigns and drives against tobacco. Celebrities, sportspersons and prominent public figures should be roped in to strengthen the campaigning as they can have a huge positive influence on the youth and the population in general

This is just a primary outline and we as a nation can responsibly work around this to build a strong framework to fight the menace of tobacco addiction and carve a better future of the nation. This should be a wake-up call for smokers to stub that cigarette butt forever.