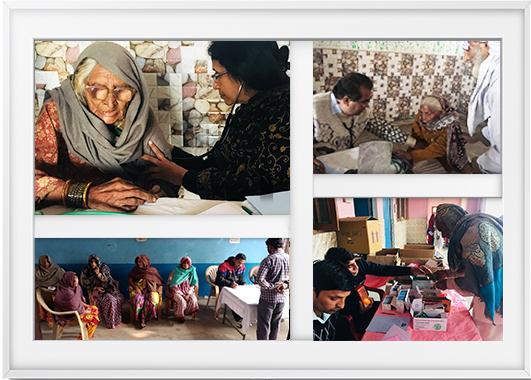 From raising awareness around disability, to creating countless ripples of 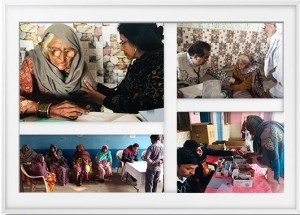 change for the underprivileged, The Ponty Chadha Foundation has achieved many milestones in 2017. Empowered and self-sustaining, the resources at the PCF are shared equally, while individuals from all walks of life are made to realise their full potential, which in turn empowers them to actively participate in improving the society and overall development for mankind.

The major achievements in 2017?

The Ponty Chadha Foundation has led 51 successful health camps in rural areas of Ghaziabad and Noida.

There were 3 major food distribution camps, which were conducted in rural areas around Delhi/NCR.

MBCN, an initiative of The Ponty Chadha Foundation, launched a picture-based mobile application in 2017, which was designed to help speech impaired and differently-abled children in learning through augmentative and alternative communication. The app has been named as ‘Vaakya’ , and it is immensely helpful for people who are speech impaired, affected by autism, cerebral palsy and various other mental and physical conditions.
Swayam goes online!

When it comes to building necessary skill set and harnessing talent, our MBCN teachers and staff deserve a resounding applause. The extremely talented kids at MBCN get opportunities to showcase and sell their handicrafts on the exclusive e-store.

2017 has been a great year for the Skills Academy, where unemployed youth are given a chance to shine with their inherent talents and skill. Besides the expanding infrastructure, Skills Academy has helped pave a bright future for the underprivileged sections of our society.

MBCN, a pivotal pillar of The Ponty Chadha Foundation, carried out a special campaign to raise awareness around disability, called #BeyondDisability. The various activities carried out by MBCN and its staff were exclusively featured in India’s leading newspapers and media channels, such as Hindustan Times, Amar Ujala and Navodaya Times. Besides this, a live coverage was also showcased on social media channels that gave real-time updates of the events to everyone on a global scale. Needless to say, the impact has been immense, and the change has stirred many mindsets across the nation.

Connecting Signs, an initiative by The Ponty Chadha Foundation, not just educated the masses about sign language and its importance, but also made people realise that specially-abled children, despite their disabilities, have endless amounts of talents and skills that can shape the world in a wonderful and meaningful way.